With Cathy's powerful vocals, CV's phenomenal guitar playing, rounded out by the unmatched rhythm section that is Ryan and Ray, and an incredible repertoire of varying musical styles, CB RADIO is a force to be reckoned with.

​Cathy grew up listening to an old AM/FM radio that was tucked under her pillow late at night. The host of one of the shows would read sappy dedications and play 1970s California rock. She found out she could sing one day, and like all the cool kids, signed up for middle school choir the very next day. Forced as a child to follow a nomadic military life, she migrated from South Texas to California, New York and back. As an adult she continued her nomadic lifestyle and found herself in Northern Virginia by way of Germany and Ohio.

One day, after sampling a few local bands, she had an idea. She called her friend Bruce Ryan and asked him to form a band with her.

So they did. They named the band Beltway Traffic. Which lasted about a month. The band was called Springfield Station for a couple more months, but soon they settled on Cathy B & The Broadcasters.

In early 2018, the spirited duo found a hotshot guitarist named "CV Rave On" (formerly known as Moggio Hozna) who changed everything. No really, he changed everything, including the name of the band. Thus CB RADIO was born, which is both an homage to Cathy's initials CB and to the old fashioned, over-the-airwaves way she used to listen to music.

"If you want to walk away from a show snapping your fingers and a warm feeling in your belly, go see someone else. If you want to REALLY $%ˆ&#ing party, and walk away QUIVERING, come see CB RADIO."" 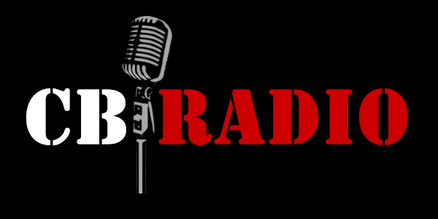 Cathy "Queen Bee" Baumbusch
Cathy is a military brat who grew up in Germany, California, New York City and S. Texas. She is a retired Army Reserve officer, a self-employed real estate agent and freelance writer. She has been performing with the classical choir Choralis for over ten years. She holds a Bachelor's Degree in Marketing, an MBA in Project Management, and is studying music at Berklee Online College of Music. But don't let education and the appearance of strength and discipline fool you. Cathy's a hot mess. But she can also really sing.

CV is a guitar phenom that dropped out of the sky from an alien world. We hope to keep him as long as we can before the mothership calls him back to his home planet. (We scramble the signals at CB RADIO headquarters so they can't find him.) On previous visits to earth he has played with these bands: ​

The Other Unamed Band

Damnesia
and SUPERFAMOUS. Just to name a few.

Aki is from Japan. He's the classiest guy in the band. Totally reserved during rehearsals, he totally cuts loose on stage. Gotta watch those kinda guys.

Meri Schaefer is the rockiest Rock Star in the band. Her talents speak for themselves. We don't know why she plays with us except that she's know Mōg for quite some time AND they have a history. She fronts Bloody Meri and is currently on tour with Bret Michaels, previously of the band Poison. We are honored to have her.

​Other fine folks who have played with us include: